The research project granted by the National Science Centre of the Republic of Poland (Sonata Bis program – the research grant no. DEC-2012/07/E/HS2/00678) titled Parameterisation of legilinguistic translatology in the scope of civil law and civil procedure.

Head of the project

Dr hab. Karolina Gortych-Michalak – PhD (2007) and Post Doctorate Degree (2015) in Linguistics, currently works at the Adam Mickiewicz University in Poznan, Poland (Department of Modern Greek Language and Literature, Institute of Linguistics, Faculty of Modern Languages and Literature). Since 2014 she has been a sworn translator and interpreter. 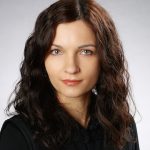 Dr hab. Joanna Grzybek is an adiunkt at the Jagiellonian University’s Oriental Studies Department, a graduate of the Institute of Linguistics (Adam Mickiewicz University). She studied Chinese language and culture at Sichuan University and international business at the Poznan University of Economics. He conducts research in the theory and practice of specialized translation, Chinese legal translation and legal language and Chinese legal culture (habilitation in sinological linguistics, postgraduate studies in international business).

She is a member of the Polish Society of Sworn and Specialised Translators TEPIS. She participated in the research project entitled “Flexibility in Business Contracting” financed by the Finnish Cultural Foundation and the project “Parameterisation of legilinguistic translatology in the scope of civil law and civil procedure”, granted by the National Science Centre of the Republic of Poland (Sonata Bis program – the research grant no. DEC-2012/07/E/HS2/00678).

Dr Milena Hadryan is a doctor in applied linguistics at the Adam Mickiewicz University in Poznan, Department of Legilinguistics and Languages for Special Purposes <milenah@amu.edu.pl>. Her publications relate to Polish-Swedish translation, particularly within legal terminology and topics connected to language planning in Sweden and Poland: ‘The parametrization of legal terminology concerning child support in the Swedish and Polish legal systems’ (2017), ‘Compiling terminology and national transplant regulations based on EU directives. Case study: Sweden and Poland’ (2017), ‘Unfair Bailiff Enforcement in Poland? — Notes on the standards of practice within the legal profession against the background of the parametrisation of legal terminology in the area of debt enforcement.’ (2016), ‘The democratization of the official language. Modern tendencies in language planning in Sweden and in Poland’(2015); ‘About plain language in Swedish official texts as exemplified by how decisions of Försäkringskassan are structured’ (2013).

She is an university teacher of Swedish and Polish translation, a sworn translator in Swedish and German and a member of the Polish Society of Sworn and Specialised Translators TEPIS.

Dr hab. Karolina Kaczmarek works at the Adam Mickiewicz University in Poznań, the Faculty of Modern Languages and Literatures, the Institute of Linguistics, Hungarian Philology. In 2006 she obtained a scientific degree of Doctor of Philosophy in Linguistics (Ph.D.) and she obtained a post-doctoral degree in Linguistics in 2017. She specializes in linguistics, textology, Polish and Hungarian language and translation with a special focus on legal language and also in Polish-Hungarian cultural, historical and social relations.

Dr Joanna Nowak-Michalska holds an MA in Ethnolinguistics and a PhD in Applied Linguistics awarded by the Adam Mickiewicz University in Poznań. She is an Associate Professor (adiunkt) at the Institute of Linguistics of that University and a Corresponding Member of the Academia Porteña del Lunfardo (Buenos Aires Academy of Lunfardo) in Argentina. Her main field of study is Spanish. Her research centres on legal Polish and Spanish, legal and literary translation, Spanish sociolinguistics with the focus on Lunfardo as well as non-discriminatory language use. She is the author of several articles and two books: Modalność deontyczna w języku prawnym na przykładzie polskiego i hiszpańskiego kodeksu cywilnego (2012, Deontic modality in the language of law: The case of the Polish and Spanish civil codes) and Polish-Spanish Legal Translation: A Parametric Approach (2017), published within the framework of a research project devoted to the parametrizaiton of legilinguistic translatology.

Dr. Xin Fu is Senior Lecturer at the School of Foreign Languages, Northwest University of Political Science and Law. Dr. Fu is an expert in the Chinese law, and his research interests include the legal and judicial reforms in China, comparative law in criminal justice, human rights, empirical study and legal discourse. Prior to this, he was Research Associate at the Faculty of Law, the Chinese University of Hong Kong (2011-2013) and Law Program Officer in a Beijing-based foreign NGO (2006-2011). Dr. FU received his BA degree from Lanzhou University of China (1994), LLB from Northwest University of Political Science and Law of Xian, China (1999), LLM from Aix-Marseille University III of France (2001) and Ph.D. in Law from the City University of Hong Kong (2006) in turn. The courses he taught include Chinese and Comparative Law, Legal Negotiation, Legal English and Translation/Interpretation of Legal English/Chinese, Procedural Law (Bilingual Course) and Court Interpreting. Dr. Fu has participated in and collaborated with scholars from Mainland China, Hong Kong SAR, UK, USA and Sweden for several important research projects on language rights, criminal justice, human organ trafficking, legal service, land rights, public participation and miscarriage of justice in China. In his part-time, Dr. FU is providing some legal counselling service on the Chinese Law and legal translation/interpretation service to the public. He has published 7 books (including 6 translated) and 15 book chapters or journal articles on EU law, legal education, public publication, criminal justice and legal discourse. Email: fuxinadr@163.com.

Mgr Paula Trzaskawka – a graduate of three Poznań universities. She holds a bachelor’s degree in translation from the Higher School of Foreign Languages of S. Linde in Poznan. She graduated with a master’s degree from the Adam Mickiewicz University in Poznań in ethnolinguistics (English and Japanese). In her MA thesis she has dealt with the problems of translation of Polish-English copyright terminology. Right now she is a doctoral student at the Adam Mickiewicz University in Poznań. In addition, she holds a master’s degree from the Academy of Music of I.J. Paderewski in clarinet class in Poznan and deals with the translation of musical texts. She is an author of publications in the field of specialised translation (legal and musical), participant of many international and national conferences. 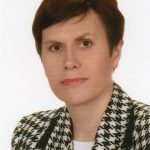