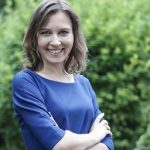 mgr Paula Trzaskawka – a graduate of three Poznań universities. She holds a bachelor’s degree in translation from the Higher School of Foreign Languages of S. Linde in Poznan. She graduated with a master’s degree from the Adam Mickiewicz University in Poznań in ethnolinguistics (English and Japanese). In her MA thesis she has dealt with the problems of translation of Polish-English copyright terminology. Right now she is a doctoral student at the Adam Mickiewicz University in Poznań. In addition, she holds a master’s degree from the Academy of Music of I.J. Paderewski in clarinet class in Poznan and deals with the translation of musical texts. She is an author of publications in the field of specialised translation (legal and musical), participant of many international and national conferences.

mgr Emilia Wojtasik-Dziekan – graduated with a master’s degree from the Institute of Linguistics, Faculty of Modern Languages and Literatures, Adam Mickiewicz University in Poznań in ethnolinguistics (major languages: Korean and English) (in 2005) and in Korean philology (in 2008). In 2005-2006 thanks to the the Korea Foundation scholarship participated in a one-year language course at the Korean Language Center at Yonsei University, Seoul. In 2009 and 2016 participated in workshops in didactics for Korean Language instructors organized by The National Institute of Korean Language 국립국어원 in Seoul in cooperation with The Korean Language Society 한글학회 (2006) and Ewha Womans University 이화여자대학교 in Seoul (2016). She is a member of the staff of Department of Korean Philology, Institute of Linguistics, teaching Korean language, Korea Culture, Korean in translation. A translator and interpreter, a member of the Polish Society of Sworn and Specialized Translators TEPIS in Warsaw, an author of publications in Korean-Polish translation as well as in Korean culture and didactics. She has participated in many international and national conferences.

mgr Daria Zozula – M.A. graduated from the Adam Mickiewicz University in Poznań with a master’s degree in Ethnolinguistics (specialising in English and Indonesian language). In her MA thesis she has researched errors and mistakes made in the Polish subtitles of Indonesian movies. Her PhD dissertation deals with Indonesian-Polish and Polish-Indonesian translation of legal texts concerning Real Estate. Since 2015 she is the head of the Poznań branch of the Polish-Indonesian Society Sahabat, since 2017 she is a member of the Polish Society of Sworn and Specialized Translators TEPIS. So far she has published several papers on Polish-English-Indonesian specialised translation. 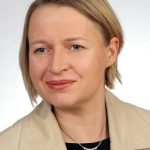 Dr Milena Hadryan is a doctor in applied linguistics at the Adam Mickiewicz University in Poznan, Department of Legilinguistics and Languages for Special Purposes

Dr hab. Karolina Kaczmarek works at the Adam Mickiewicz University in Poznań, the Faculty of Modern Languages and Literatures, the Institute of Linguistics, Hungarian Philology. In 2006 she obtained a scientific degree of Doctor of Philosophy in Linguistics (Ph.D.) and she obtained a post-doctoral degree in Linguistics in 2017. She specializes in linguistics, textology, Polish and Hungarian language and translation with a special focus on legal language and also in Polish-Hungarian cultural, historical and social relations.

Dr Yuki Horie – a senior lecturer at the University of Adam Mickiewicz in Poznan, Poland. She is an author of articles on the Japanese and Polish language of law in a comparative approach and legal translation. She is also a practicing translator and interpreter of Japanese, Polish and French. Her research interests include: Polish, French and Japanese legal language, as well as Polish-Japanese and French-Japanese translation and interpreting.

mgr Bogdan Nowicki – MS is a lecturer of the Vietnamese language at the University of Adam Mickiewicz in Poznan. He is an author of articles on Polish-Vietnamese and Vietnamese-Polish legal translation. He is also a Polish-Vietnamese, Polish-Russian and Polish-German translator and interpreter.